Your life path number is a single digit composed of the numbers in your birth date. It represents the traits that define you and will remain with you throughout your life.

Ones are independent, hardworking, and self-motivated. They yearn to always be in first place in everything that they do. They can be extremely critical of both themselves and others. Their joy comes from achievement. This personality is the type that never sits down. They are also great at multi-tasking. A problem that the number 1 often has with others is that they expect all of these characteristics of everyone else also. They especially cannot tolerate laziness.

Twos are genuine, loyal, and peaceful. They make wonderful mediators. They are extremely personable. They love having a lot of companionship. They hunger for relationships of significance. Twos avoid conflict like the plague. If they begin to feel threatened, they will immediately pull away.

Draw and interpret your Tarot Cards for free

Threes are talented communicators. Threes excel in writing, acting, singing, broadcasting, counseling, performance, and comedy. Their most attractive features tend to be their eyes, voice, and smile. If a three begins to feel their creative energy being suppressed, they tend to become manic-depressive. If they feel that their creative energy is not being put to use, it would not be rare to find them exaggerating the truth.

Fours are intellectual and organized. A person carrying this number is a likely to participate in mind-relaxing activities such as yoga, prayer, and meditation. Fours tend to have great ideas, but these ideas have to be used or else they will be gone faster than they arrived. Because they thrive on organization, an unorganized space is a testament of failure for this number.

Fives are seekers of freedom, fun, and adventure. They make wonderful detectives. Fives relish in holidays and activities. If a five feels that they are being trapped or pinned down in any situation or relationship, they will immediately seek escape. If adventure does not present itself, a five will often actively seek or create personal drama.

Sixes are nurturers, helpers, and rescuers. They typically make excellent managers or directors. They are the people that keep everything running smoothly. Their personalities are magnetic. Their moods will affect the mood of whomever they associate with. This can be very positive, but also very negative. Some problems that are often present in a six include the tendency to be entirely too trusting. They also like to hang on to people, even when the people would like them to let go. They are helpful to a fault, even when people would rather they not help. Sixes want to be perceived as unconditional givers, but often they do what they do for the acknowledgement of their nurturing nature. Sixes are classic enablers.

Sevens are intellectuals, loners, faith-seekers, and appreciators of all things beautiful. Sevens will point out the beauty in life that would escape another. Faith is so important to a six that a lack of it will spur on negativity and cynical behavior. They will seek escape in anything from work to alcohol and drugs. This personality is extremely private. They feel that if they expose all of their knowledge, they will be drained. Sevens are often perceived as mysterious. 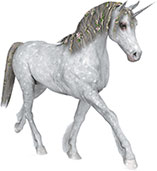 Eights are honest, independent, and deep-feeling. Eights seek solace in financial security. They want their choices to be their own, and in turn have a hard time accepting advice and criticism. Eights rarely learn from other people’s mistakes. Instead, they have to learn for themselves the hard way. Because eights take pride in honesty, they are often blunt and unintentionally insensitive. They are often perceived as snobs. This perception is a struggle for them because they are, in fact, quite caring and sensitive.

Nines are leaders and caretakers. People will often see nines as the person in charge, even when they are not. Nines have a burdening sense of responsibility to take care of everyone else, but they will not hesitate to allow others to take care of them when they need it. Nines are the type to not allow their parents to be placed into a nursing home; rather, they will take them into their own home. If they do not find the same sense of responsibility in others, they begin to feel unloved or abandoned.

Numerology - How to calculate the Life Path Number

To find your Life Path Number, take all the numbers that make up your birth date. Add each number to the next. It is important that you use all eight digits of your birth date and ultimately narrow it down to a single-digit number. If any of your numbers add up to a master number, use your master number rather than one of the nine numbers presented.